If they told us what we would became we would not have believed them.

FINRG – The Legacy Tour kickstarts as co-production with Club Immersio in Kehräämö – a theatre and a nightclub renovated from an old spinning mill which works as a perfect venue for our first stop.

FINRG Recordings also has a Discord server for real-time messaging between the label and its audience. In a way it works like the FINRG forums back in the day with different channels for topics like past & new releases, events, shameless self-promotion and such. 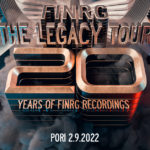 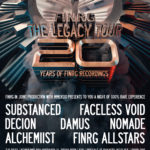