Harri Andersson, also known as Proteus, has been one of the key figures of Finnish electronic music scene more than 20 years time. Celebrating 26 years DJ career in 2021 will also be his last year as active DJ and performing artist. Proteus had his first proper DJ gig in 1995 at Oranssi Ry’s underground techno party in Katajanokka Helsinki. Proteus is known from his versatile DJ sets variating between different electronic genres from gothic punk to industrial/EBM, psychedelic trance and techno to hardcore, hard dance, gabber, speedcore, drum & bass and beyond.

In early 2000 Proteus gained the respect to be called one of the best known harder style DJ’s in Scandinavia. The biggest achievements were at global Hard Dance Awards 2004 and 2005, when he was voted ”Best Hard Dance DJ” in the world two years in a row by people all around the globe. In the DJ Mag`s Top 100 DJ list, Proteus has been voted number 90 in 2004 and number 93 in 2005 and made history in becoming the first Finnish artist making it to the Top 100 DJ list alongside
Darude.

Proteus has also made long career of organising events and concerts in Finland. Proteus and his friends used to organise many underground raves in late 90’s and early 2000 in Helsinki. Promoter work and event organising with his own company is his main work at the moment. He runs his own popular event brand Clublife Finland in Helsinki and is co-owner and vice chairman of underground festival Kosmos Festival in Ristiina. 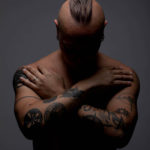 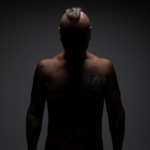