PlasmaDancer has been playing NRG and freeform since 2006, initially inspired by the sounds of Betwixt & Between, Alek Szahala, and Proteus. He joined FINRG as an in-house DJ in 2008.

Based in Tokyo, his first residency was at Hell’s Gate in 2008, followed by NRGetic Romancer (2009) and CODEX (2014). He has played at a number of other hard/gothic events in Japan, as well as appearing at 10 Years of FINRG (Lahti, Finland), Munted! (London, UK), and various online events. His sets are dark, melancholy, and psychedelic, with a focus on layered atmospheres and complex transitions.

PlasmaDancer is also the founder of Thank You For The Horse, a website and label that released the Finnish/Japanese compilation ‘In Praise of Shadows’ in 2016. 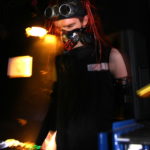 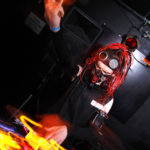 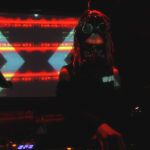