Hard Trance / Freeform Producers based in Finland. Jarno Paappanen & Marko Mehtonen wrote their first track together in 2000 and have since been supported by prominent DJ’s such as Proteus, E-NRG & RX. Their sound is heavily influenced by Lab 4, Captain Tinrib, Weirdo, the Finnish masters Carbon Based & the late Epilim.

Marko decided to quit making music in 2006, but Jarno decided to go on with the same artist name and started to do live PAs on his own, until the end of the year 2007 when the project was put on freeze. Since it has been reported, that Jarno, as well, has stopped music creation. 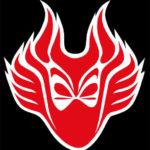