Hedonistik Ritual started his musical journey with a passion for the sounds of European Hard Trance and the emerging Italian Hardstyle scene in the early 00s. Making his debut in his local Hard Trance scene in 2004, he then went on to perform for many promotions as a UK Hardcore DJ and MC, before forming his own freeform collective known as Custom Built DJs in 2009. The group secured track releases on labels Electronica Exposed, Smiling Corpse and Freeformatted, with strong influences from the Finnish freeform scene and FINRG Recordings.

Since 2015, as a solo artist, he has released tracks on FINRG Recordings, Futureproof Sounds, Skeny Tracks and Stamina Records, releasing a distinctive brand of driving hard trance inspired freeform hardcore.

As a DJ he has performed in Finland for the iconic Kosmos Festival, London’s premier hard dance events Sinistry, Xtreme and Cosmic and the number one freeform event in the UK, Bristol’s ‘I Love Hard Beats’.  In addition to freeform, he also performs sets from across the trance spectrum including Uplifting Trance, Tech Trance, Psy Trance, Hard Trance and Progressive Trance/House. 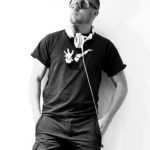 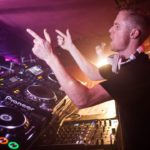